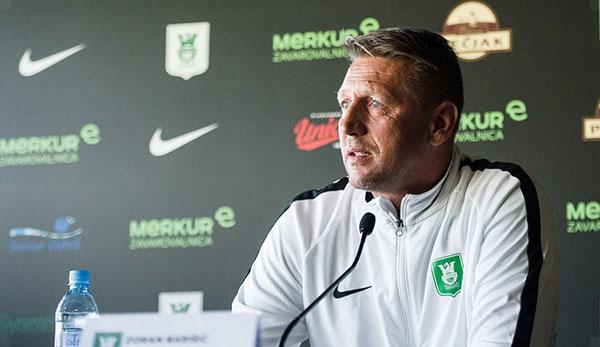 Zoran Barisic celebrated a fantastic debut with NK Olimpija Ljubljana. The ex-Rapid coach’s team lost only one of their first 15 matches. Nevertheless, Barisic’s engagement in Slovenia’s capital is supposed to be over again.

As several Slovenian media have already reported, Barisic may have quarrelled with club owner Milan Mandaric. He is said to have interfered violently with Barisic’s squad planning and starting formations, which is why the 48-year-old is to be thrown out of the door on Tuesday.

The two should have agreed on a consensual dissolution of the contract. Olimpija said goodbye with a 3:1 victory over Gorica in the winter break. After 19 matchdays, the Ljubljana team are second in the table with nine points behind Maribor. In the cup, the team advanced to the semi-finals.

Ljubljana is known for consuming a myriad of coaches. Barisic is already the fifth coach in the last six months, the tenth in the last three and a half years.

Champions League: Julian Draxler exclusive: “Friends of the DFB-Team know what I do at PSG”
Premier League: Sterling scandal: Klopp calls for penalties