Serie A: CR7 with top against Real: “Here no player feels better than others”. 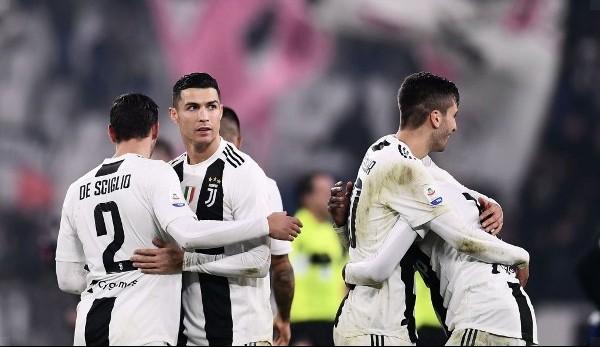 Cristiano Ronaldo has sent a top spot towards his ex-club about six months after moving from Real Madrid to Juventus. The Portuguese criticised the team and the royal players with a side note.

“Juventus is more like a family,” Ronaldo said in an interview with the Corrierre dello Sport. The striker was “very happy” in Turin because of a clear difference: “This is the best group I’ve ever played in. We really feel like a team. Not like elsewhere, where some players feel better than others.”

Accordingly, Ronaldo stated that he was very happy about his “humble” new team-mates: “Even if Paulo Dybala or Mario Mandzukic don’t meet them themselves, you see them happy. That’s wonderful.” Accordingly, CR7 would be painless to meet with Real.

He wanted “only to win with Juventus” and would therefore not take any account of it: “What is past is past. I just want to defend those colors now, the rest doesn’t count anymore. If we were to play against Real, I’d give my all.”

Juventus convinced him with “many details”. Ronaldo doubts whether the people of Turin will have to attract even more players, as numerous rumours suggest: “I see that from James Rodriguez to Marco Asensio everyone is written about. Juventus needs no other players.”

Currently, Cristiano Ronaldo and Juventus are in first place in the Serie A. The Ronaldo team are undefeated after 15 matchdays and suffered a loss of points. Ronaldo himself has scored eleven goals in 19 games to date, making him his team’s top scorer after an initial jam.