Primera Division: Thanks to Bale: Real wins dullly at the last one 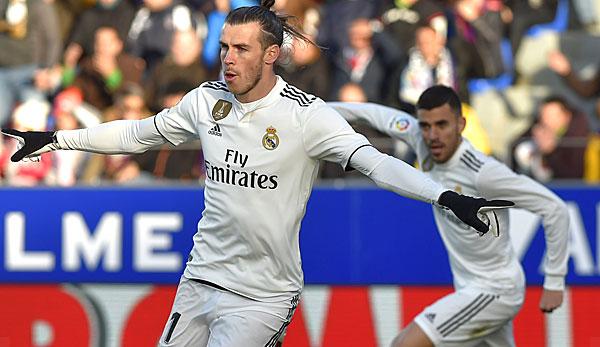 Real Madrid won 1:0 (1:0) on the 15th matchday of the Primera Division with a lacklustre win at the taillight SD Huesca. The Madrilenians improved to fourth place in the standings. Gareth Bale (8.) scored for the record champion in the ascender.

Toni Kroos was missing the Champions-League winner due to knee problems.

Lionel Messi took FC Barcelona to their next victory with two spectacular free-kicks. In the city derby at Espanyol Barcelona, the Catalans won 4-0 (3-0) and extended their lead of the standings.

Messi (17., 65.), the former Dortmunder Ousmane Dembele (26.) and Luis Suarez (45.) scored the goals on Saturday evening. The following day, however, Dembele again caused a lack of understanding with his lack of discipline. The French national player appeared two hours late for training.

Barcelona are now three points ahead of FC Sevilla with 31 points because coach Pablo Machin’s team were unable to beat FC Valencia 1-0 1-0. Mouctar Diakhaby (90.+3) compensated for the hosts’ lead by Pablo Sarabia (55.) late.