Primera Division: Barca back on track after mandatory victory 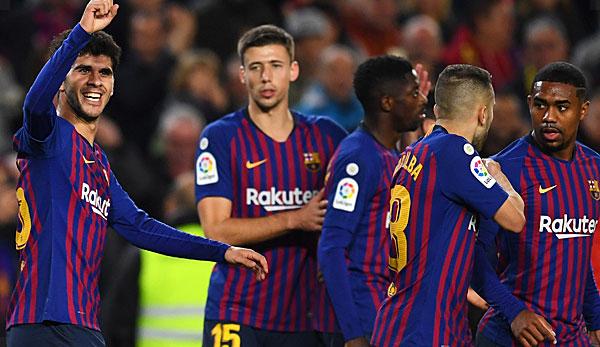 Spanish champions FC Barcelona have found their way back to La Liga. After two games without a win, the Catalan side beat FC Villarreal 2-0 (1-0) to a dull victory.

Former World and European Champion Gerard Pique (36th) took the lead with a header, Carles Alena (87th) made everything clear.

Ousmane Dembele, the often criticised ex-Dortmund, was in the Catalan starting line-up and prepared the goal for 1-0.

With 28 points, the team around superstar Lionel Messi initially took the lead in the standings, but can be overtaken by FC Sevilla (26) again in the evening. The Andalusians play for fourth-placed Deportivo Alaves.

Previously Atletico Madrid had missed the short jump to the top. The Rojiblancos were unable to beat FC Girona 1-1 (1-0).

Atletico is third with 25 points and benefited from a late own goal from Jonas Ramalho (82nd). Cristhian Stuani (45) had put Girona in the lead with a penalty kick.