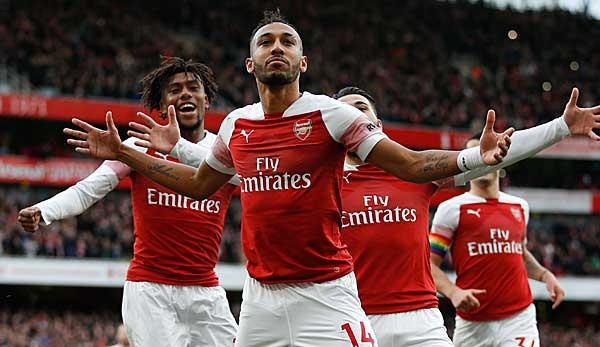 The former Dortmunder Aubameyang brought the gunners, who were missing Özil because of back pain, into the lead by penalty kick. 20 minutes later, national goalkeeper Bernd Leno missed the equaliser from Eric Dier (30), who headed a free-kick into the goal area.

Dier cheered his goal by holding his index finger in front of his mouth in front of the Arsenal fans, causing riots among the rival clubs. Tottenham striker Harry Kane (34) then scored his eighth goal of the season with a penalty kick, but Arsenal found a perfect answer with three goals within 21 minutes.

In the standings, Arsenal took fourth place with 30 points, passing their rivals with the same number of points. Manchester City (38) lead the league ahead of Liverpool FC (33), who will receive Everton FC in the Merseyside derby this afternoon.