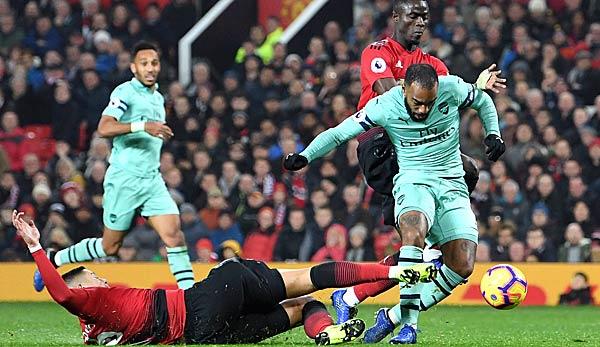 Meanwhile, Ralph Hasenhüttl, the new team manager of last place FC Southampton, saw his side lose 3-1 at Tottenham Hotspur from the stands.

Instead of the former RB Leipzig trainer, whose commitment had only been announced on Wednesday afternoon, Kelvin Davis sat on the bench as an interim coach.

FC Arsenal also went undefeated in the 20th game in a row. The Gunners, who again played without ex-national player Mesut Özil, had to be content with a 2:2 (1:1) lead at the record breaking champion Manchester United.

Liverpool’s runners-up Reds are three points down on defending champions City, who had presented a 2-1 win at Watford on Tuesday, following their twelfth win of the 15th game of the season. James Milner (62nd) compensated Burnley’s lead by Jack Kork (54th), the former Hoffenheimer Roberto Firmino (66th) and the former Munich Xherdan Shaqiri (90.+2) provided the final score.

After Alexandre Lacazette’s (68th) 2-1 win over Arsenal, Jesse Lingard came back just a minute later. It was the fourth game in a row without a win for ManUnited in eighth of the table, 18 points behind their arch-rival ManCity.

Özil, who recently missed Tottenham (4:2) and Bournemouth (2:1) because of a mysterious back injury, was not even on the bench. Recently there have been rumours of a dispute with team manager Unai Emery and a forthcoming winter change of Özil to Inter Milan.