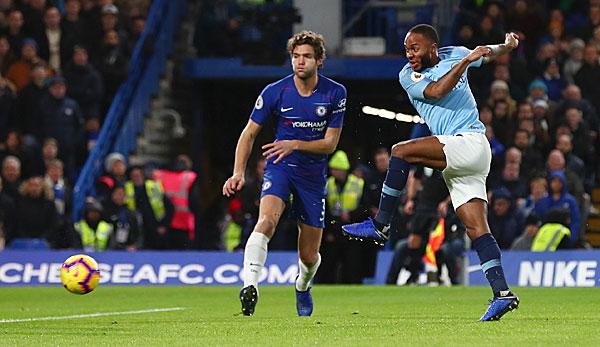 The English police are investigating individual fans of Chelsea FC for alleged racist insults against Raheem Sterling of Manchester City.

The 24-year-old had been loudly insulted by some of the hosts’ supporters at Saturday’s 0-2 draw in London on the sidelines, as evidenced by videos shared in the social media on Sunday.

“We will evaluate them to determine whether violations have been committed,” the Metropolitan Police stated. Arrests have not yet been made. Chelsea insured, if necessary, to draw the “hardest possible” consequences.

On Sunday, Sterling himself raised criticism against the media, which would help to “fuel racism”. In concrete terms, the national player accused the newspapers of reporting on young professionals depending on their skin colour. Incidents like Saturday at Stamford Bridge are therefore not surprising. “I had to laugh because I didn’t expect anything better,” Sterling wrote in Instagram.

Premier League: Hasenhüttl: Why Southampton is now better for him than Bayern
International: Atlanta wins MLS title with two Germans