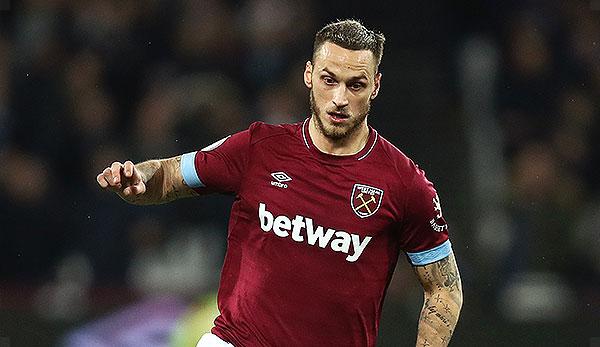 Marko Arnautovic will probably not go on goal hunting again until next year. The ÖFB superstar injured his thigh in the 3-1 win of his club West Ham against Cardiff and will be out for a few weeks.

“Thank you very much for the good wishes for recovery. I’m gonna be out for a while. But I’ll give everything to get back fast and strong,” the 29-year-old explained on Instagram.

But whether he will go on a goal hunt in the new year for West Ham or another club is in the stars. “One like him shouldn’t fight against relegation, but should play for the top places and be international,” said his advisor and brother Danijel Arnautovic recently.

Manchester United, for example, is already preparing an offer of 55 million euros for the ÖFB superstar, and Chelsea, Everton and Inter Milan have also allegedly signalled their interest.

As CalcioMercatio now reports, the AS Roma is also flirting with the attacker’s obligation. The Italians are currently in seventh place in Serie A and could use a boost.