Premier League: Klopp complains about Burnley: “Is like bowling” 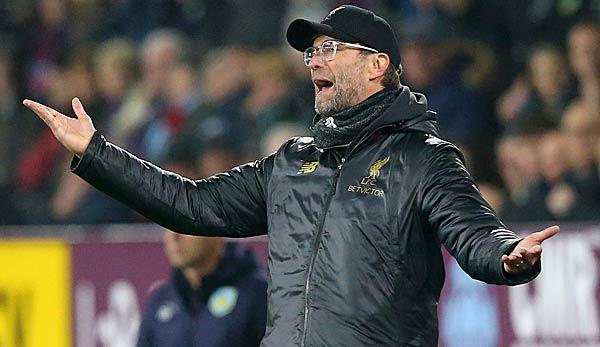 Jürgen Klopp complained about the opponent’s hard pace after his 3:1 victory in the Premier League at FC Burnley. “It’s like bowling. You get the ball, but you also hit the player. That happened four or five times,” Klopp explained.

The victim of the hard play was Liverpool’s Joe Gomez, who had to be replaced after 23 minutes of injury after a tackle from Ben Mee. “Burnley had a specific plan to play us really aggressively and really physically,” Klopp said.

Gomez suffered a fracture of the left lower leg and is absent for six weeks. This was announced by the Reds on Thursday. The days of sliding for metres to win the ball are over,” Klopp said: “You can be aggressive, that’s okay, that’s part of football. But you have to be careful.”

Liverpool remains the first runner-up to defending champions Manchester City with a hard-fought away win. The Reds are two points behind the leaders with 39 points.