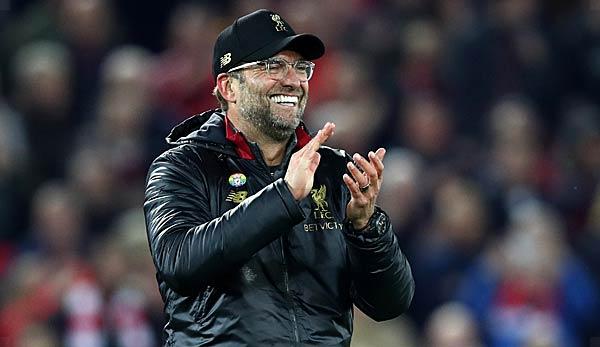 Jürgen Klopp has accepted a fine of about 9000 Euro for his sensational jubilee run after the last minute winning goal in the Merseyside Derby. That’s what the BBC reports.

The English football association FA had previously investigated the Liverpool FC team manager for unsportsmanlike conduct and even threatened to ban him. The 51-year-old also received a warning from the FA.

“That’s perfectly okay with me. That’s the rules – and if you break them, you have to be punished,” Klopp said: “The last time I did this was 14 years ago. In 14 years, I probably won’t be that fast anymore. So soon it won’t happen again.”

Klopp stormed halfway across the field on Sunday after the Reds scored 1-0 to defeat city rivals FC Everton in the sixth minute of injury time. This reaction was partly interpreted as disrespect for his opponent.

Former English international Danny Mills, for example, criticised the coach for his behaviour: “It’s absolutely shocking what Klopp is doing. If other managers do something like this, they’ll have serious problems,” said the 41-year-old BBC manager: “But Klopp is a media friend, everyone likes him and it seems like he can’t do anything wrong.

Everton team manager Marco Silva didn’t find Klopp’s exuberant cheering “disrespectful,” as he pointed out: “If the goal had been scored for us, I might have done the same thing.” At the same time, however, the Portuguese contradicted Klopp’s assertion that he had apologised to Silva immediately after the end of the game.

But Klopp had at least stressed at the following press conference: “I would like to apologize to Marco Silva. I didn’t want to run on the court, that really wasn’t the plan, but something like that happens. This derby was different than it has been in recent years.” Already in the Bundesliga Klopp had started several jubilant runs as coach of Borussia Dortmund and FSV Mainz 05.