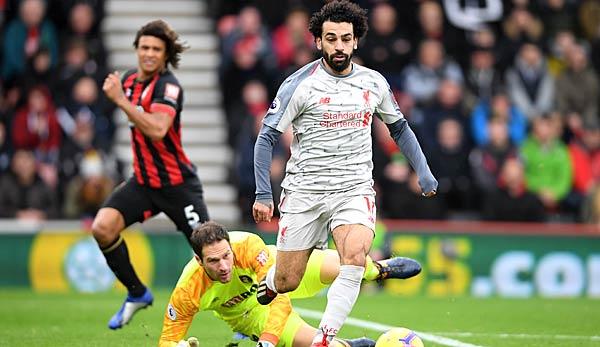 Liverpool FC and team manager Jürgen Klopp have at least temporarily taken the top spot in the English Premier League thanks to triple goalscorer Mohamed Salah.

Mohamed Salah scored his 40th goal in Liverpool FC’s 52nd match with a 1-0 goal and broke a milestone. Fernando Torres and Daniel Sturridge needed 60 and 64 games respectively for this brand. Only Lionel Messi (43) scored more goals in the top 5 leagues this season than Salah (42). The Egyptian with his hat-trick is the only second player who scored a hat-trick against Bournemouth. Before only Harry Chambers succeeded in this feat.