Premier League: Hasenhüttl: Why Southampton is now better for him than Bayern 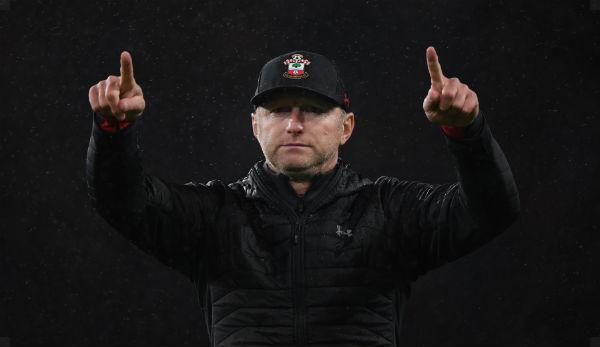 Ralph Hasenhüttl had loose contact with FC Bayern before the Munich team opted for Niko Kovac. Instead of going to the Isar, Hasenhüttl has now moved into the English Premier League to relegate Southampton. And that is absolutely right in the eyes of the Styrian.

“I don’t know whether I was ever seriously treated as a coach internally,” Hasenhüttl says in the Bild am Sonntag on the subject of Bavaria and refers to “this one short telephone call, which I confirmed”.

In it, he had stated “with full conviction” that he did not yet feel ready to train a club like FC Bayern. Hasenhüttl has always had success in his career as a coach, but not enough for his taste to bring the appropriate standing to Munich. “To have titles and championships in one’s CV is currently a great help to be able to survive at Bayern Munich as a coach,” believes Hasenhüttl.

The problems that Kovac – who had come up with a cup victory over Bayern in Munich – had to deal with this season seem to strengthen Hasenhüttl in his decision. “Some people may have smiled at this assessment, but after the development of the last few months they may think a little differently about it,” says Hasenhüttl.

That’s why he can currently take more pleasure in the tough fight for class retention than the glamorous stage at FC Bayern. “I understand when some people at first glance see my new task as a supposed step backwards. On closer inspection, however, one quickly recognizes the opportunities that are also offered in the relegation battle. I think I can do more here from the start than I could with a Champions League aspirant,” said the 51-year-old, adding, “My aim is to develop players – and I have that opportunity in Southampton in a fantastic environment.