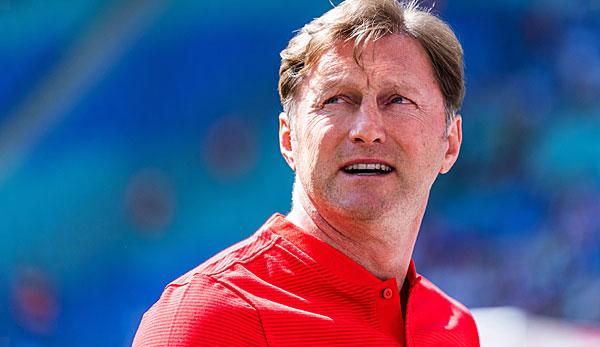 Ralph Hasenhüttl doesn’t want to be the “Alpen-Klopp”. Although he is a fan of Jürgen Klopp’s football, “he has set brands and influenced my style. But I don’t like the expression very much, I want to make my own name,” said the 51-year-old Austrian at his performance at FC Southampton on Thursday, after English media had received him as “Klopp of the Alps”.

Rather, he wanted to “make himself known in the Premier League after six successful years in the Bundesliga. It’s a big challenge, but the logical next step for me. I want to leave my footprints,” said the former coach of RB Leipzig. It was “not the easiest step, but I never wanted it to be easy. I look forward to this challenge.”

The philosophy of the club fits “very well with my philosophy. It became clear to me during the discussions that I could help the club,” Hasenhüttl added confidently.

The pressure on the first Austrian team manager in the Premier League has been great right from the start. The Saints’ cellar duel, currently only in England’s 18th table, against Cardiff City (16th) will start on Saturday. “We must deliver results as quickly as possible. The first goal is to get out of this relegation zone as quickly as possible,” said Hasenhüttl.

He promised the fans “very passionate football with eleven guys on the pitch who have character and give everything. I want to take everybody with me.” His new team, which Hasenhüttl had observed on Wednesday evening at the 1:3 against Tottenham in the stadium, needs however “a good match plan”.

On Thursday Hasenhüttl, who signed a contract until 2021, got to know his team at the departure. On Friday he will lead the first training session.