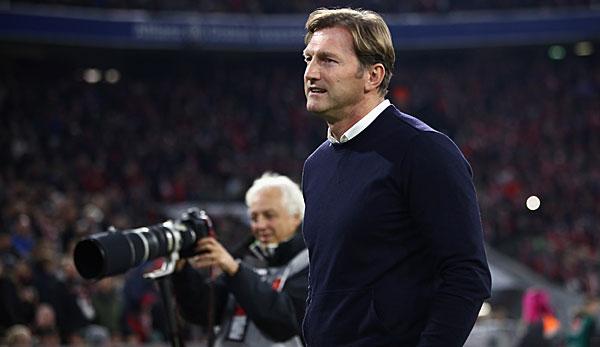 Ralph Hasenhüttl feels confirmed in his rejection of FC Bayern Munich. “I said then with conviction that I wasn’t ready yet,” the new team manager of FC Southampton said in an interview with Bild am Sonntag.

“This estimate may have smiled some, but after the development of the last months one thinks perhaps somewhat differently about it , said Hasenhüttl, which confirmed a short telephone call with Bayerns association guidance in the past summer. He did not know whether the Austrian “was ever seriously treated as a trainer internally at all”.

When asked whether he was happy not to have considered the coaching job at FC Bayern, Hasenhüttl replied: “Having titles and championships in one’s CV currently helps tremendously to survive at Bayern Munich as a coach.

He already has the feeling that he can “move more from the beginning” in Southampton “than perhaps with a Champions League aspirant”, said Hasenhüttl. The former Leipzig trainer is all about “developing players further”.

On his debut as Saints coach, Hasenhüttl lost 0-1 at Cardiff City on Saturday. Southampton is still stuck in the table cellar: 19th place with nine points from 16 games. Hasenhüttl wants to provide more stability in the first step, but has already announced one or two new winter arrivals.