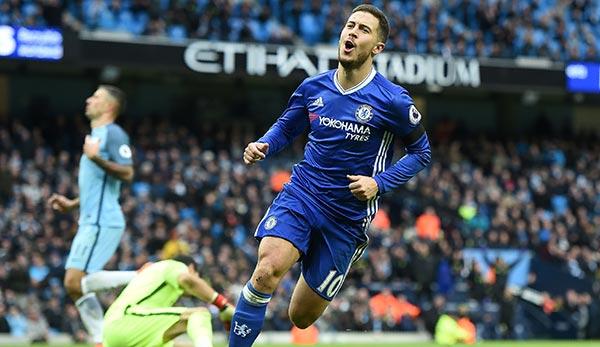 Chelsea FC and Manchester City will meet on the 16th matchday of the Premier League. SPOX explains where you can follow the game on TV, livestream or live ticker.

FC Chelsea won only one of their last four league games. Tottenham Hotspur (1:3) and Wolverhampton (1:2) suffered bitter defeats, leaving Chelsea in fourth place in the table. They are already eight points behind today’s Manchester City, who are still unbeaten at the top of the standings.

You can see the English top duel in the livestream on DAZN. Shortly before the start of the game, the streaming service starts its transmission with commentator Marco Hagemann and expert Ralph Gunesch.

DAZN will also be showing many other Premier League games as well as the best of Serie A, Ligue 1, Primera Division, Europa League and Champions League. Fans of the NFL, NBA, NHL, Darts and MMA also get their money’s worth. You can use the whole offer for 9,99 Euro per month, whereas the first four weeks during a trial month are even free of charge.

SPOX also accompanies the game in the LIVETICKER for you.