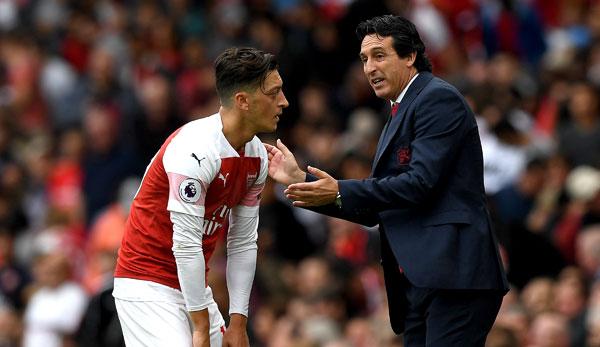 Arsenal coach Unai Emery has made a statement on the situation of Mesut Özil after FC Arsenal defeated Tottenham Hotspur 4-2 derby.

Officially, the midfielder had suspended because of back problems. This was confirmed by coach Unai Emery after the game.

When asked if the coach knew when and where the 30-year-old had injured himself, the Spaniard answered narrow-lipped and meaningful: “I don’t know.” Rather, it was “a good day to talk about the players who played,” the coach added.

Özil made it into the squad against AFC Bournemouth (2-1) the day before, but sat 90 minutes on the bench. During the week, the Gelsenkirchen native was also absent from the European League duel with Vorskla Poltava.

Emery recently explained his decision not to play the midfield director with systematic reasons: “It’s harder to find a place for Özil in the formation we’re currently playing in.”

At the beginning of the season, Özil was one of FC Arsenal’s top performers and even captained the team four times. The current drought phase of the playmaker is giving rise to rumours in England about a farewell in winter. Inter Milan is said to be interested in a commitment. At least that’s what the Sun reports.