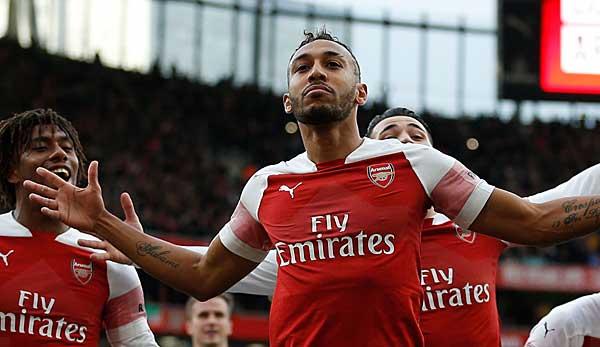 The spectacular London derby between FC Arsenal and Tottenham Hotspur (4-2) will have a potentially costly epilogue for Spurs. Because a Spurs fan has thrown a banana peel towards the cheering Gunners striker Pierre-Emerick Aubameyang, the English Football Association is investigating FA against the club.

“Such behavior is completely unacceptable,” the FA said. The spectator had been identified by cameras and would be banned from a stadium, it continued.

The former Dortmund Aubameyang had celebrated his first of a total of two goals for the 1-0 lead directly in front of the guest bend and was then thrown by the Spurs fans with several objects.

According to police reports, a total of seven people were taken into custody during the heated meeting. Among them were at least two Arsenal fans who had fired smoke bombs.