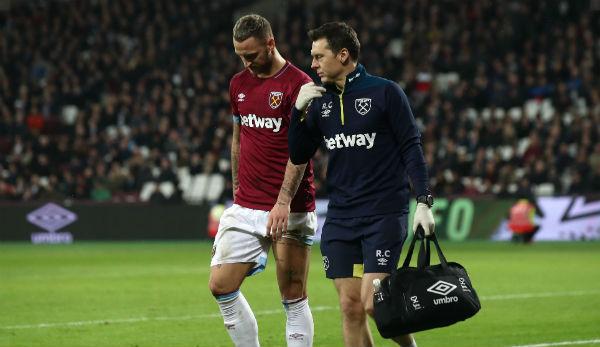 West Ham United celebrated an important 3-1 (0-0) home win over Cardiff City in the 15th Premier League round on Tuesday evening, but must fear for Austria’s football star Marko Arnautovic.

The 29-year-old, who has already been plagued with knee problems for quite some time, limped off the court in the 38th minute with a injury in his left thigh and could therefore be eliminated by the end of the year.

Arnautovic had caused a foullfall shortly before he was eliminated due to injury, but Joe Ralls was defeated by Polish West Ham goalkeeper Lukasz Fabianski (35th). His substitute Lucas Perez, who had been substituted in the 40th minute, provided a quick 2-0 lead for the “Hammers” after the change with a double pack (49th, 54th).

The undefeated leader and defending champions Manchester City celebrated a 2-1 win over Watford thanks to goals from Leroy Sane (40th) and Riyad Mahrez (51st), their seventh league win en suite. This means that the “Citizens” will be five points ahead of pursuer Liverpool at least until Wednesday evening, who will then compete at the penultimate at Burnley.