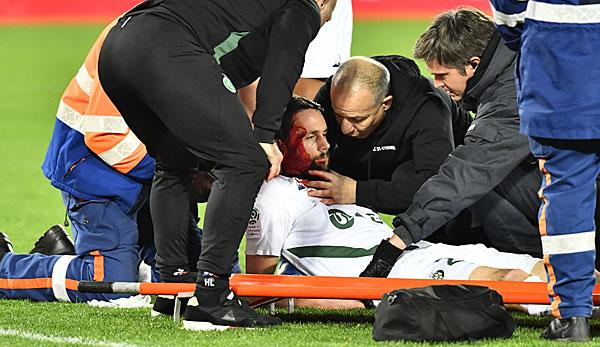 Ex-BVB player Neven Subotic of Saint-Etienne has suffered a serious injury in the Ligue 1 match against Girondins Bordeaux. Subotic clashed viciously with his own goalkeeper.

In the 29th minute of the game, Bordeaux flanked the Saint-Etienne box. Keeper Stephane Ruffier came out of the goal and boxed the ball away, but hit his knee Subotics head with full force.

The blood-drenched Subotic, who has been playing in France since January 2018, had to be treated and replaced for several minutes.

The 29-year-old was carried off on a stretcher and taken to hospital. They said he wasn’t fully conscious.