Ligue 1: “Medium of Disinformation”: PSG settles accounts with L’Equipe due to transfer rumors 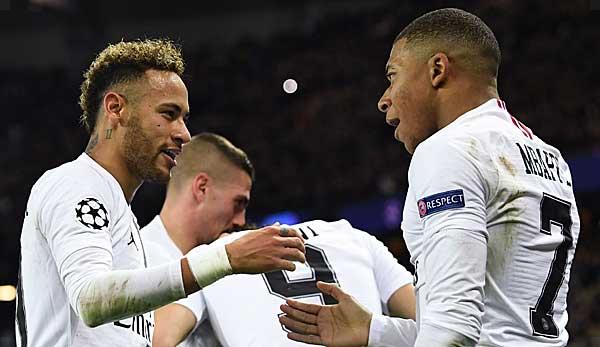 The French specialist newspaper L’Equipe had previously reported on such information on its website and in its Saturday edition.

“L’Equipe dares to claim that PSG is on the verge of losing Kylian Mbappe or Neymar. PSG denies these completely absurd and ridiculous insinuations with the greatest determination,” the club of the German coach Thomas Tuchel announced.

The top club, controlled by the Emirate of Qatar, went on a confrontation course with the respected newspaper in order to underline its position: the announcement is entitled “L’Equipe – Medium der Disinformation” on the association’s homepage, while in the text “once again the intellectual decency” of the newspaper is questioned and “ulterior motives” are assumed in the reporting on PSG.

PSG has been under critical observation for some time now because of its financial management. The club, in which the German national players Julian Draxler and Thilo Kehrer also work under Tuchel, is said to have submitted unrealistically high sponsorship contracts for financial fair play tests and thus attempted to legitimise its exorbitant transfer expenses, such as for Neymar (222 million euros from FC Barcelona to Paris in 2017) and Mbappe (160 million euros from AS Monaco).

PSG must fear a resumption of investigations into the flow of funds between Qatar and the club after UEFA’s investigations have been suspended. As a maximum penalty the exclusion of PSG from the European Cup competitions is possible.