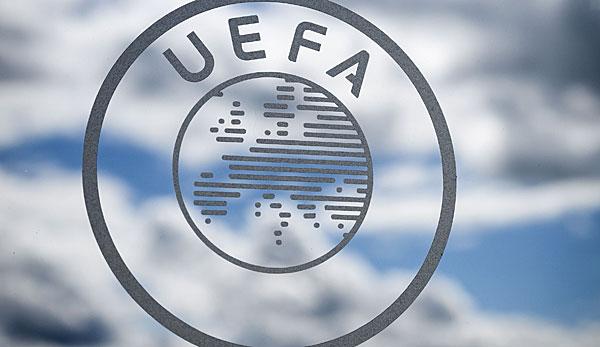 “Young talent” for the champions and the Europa League: As expected, the European Football Union (UEFA) launched a new “child” in Dublin on Sunday evening with the third European Cup. The competition under the working title “UEFA Europa League 2” will be played from 2021.

This means that for the first time in almost three years since the abolition of the European Cup of Cup Winners in 1999, there will again be three European club competitions.

“There was a widespread desire on the part of clubs to increase their chances of more regular participation in the European Cup. This is what we have ensured,” said UEFA President Aleksander Ceferin, explaining the measure, which was also supported by DFB President Reinhard Grindel at the Executive Committee meeting in the Irish capital.

Ceferin, who will run for re-election at the UEFA Congress in February 2019 without a competing candidate, will thus also secure his power base within the association. Especially the small nations benefit from the innovation. While 26 of the 55 UEFA nations in the UEFA Champions League and Europa League have been guaranteed participants so far, the number will rise to a proud 34 by 2021.

Like the Champions League, the “3rd League” will then also start the Europa League with a group phase of 32 teams in eight squads of four. Afterwards a winner will be played out in all European cups over eighth, quarter, half and final. In EL2, however, there will be an additional knockout round before the round of 16, in which the third and second teams of the Europa League will take part.

In addition to a trophy and a substantial prize money, the winner secures a place in the Europa League for the following season. The matches will be played as in the Europa League on Thursdays, and the additional kick-off time is expected to be 16.30 hours. Tuesday and Wednesday are reserved for the royal class.

“There will be more matches for more clubs from more associations,” Ceferin said satisfied, referring to a previous dialogue with the powerful European club association ECA. The latter should also be pleased that the teams that will compete in the Europa League in the future will also receive more prize money from 2021. Further details will be announced by UEFA in the course of next year.