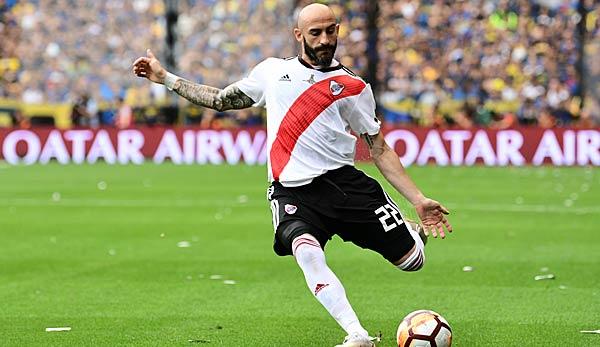 “The 35-year-old told the Nürnberger Nachrichten, “I don’t understand that people can be so crazy,” the 35-year-old said, “it was unbelievable. This is a game, our game, our love, not a game for idiots.”

Pinola will defend for River Plate of Buenos Aires, who will face their city rivals Boca Juniors in the final. After the 2-2 first leg win in Bocas “Bombonera”, the return leg in Rivers Estadio Monumental had to be cancelled due to an attack on the guest bus. It will be made up on Sunday (20.30 live on DAZN) in the sold out Estadio Santiago Bernabeu in Madrid.

In Nuremberg, where he had played from 2005 to 2015, his children could cycle to the playground, “living normally” – unlike in the Argentine capital, Pinola said. When he moved from Rosario Central to River in 2017, his house was smeared with death threats. Sometimes, Pinola said, his longing for Nuremberg was already great.