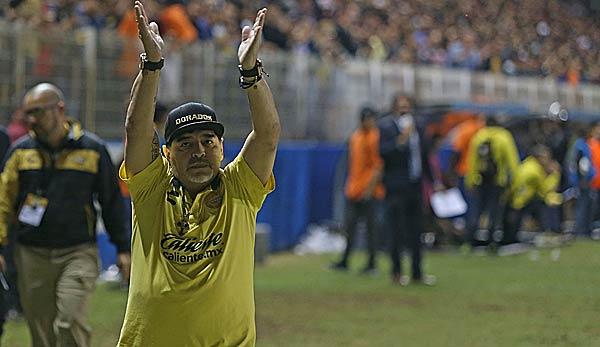 Diego Maradona (58), coach of Mexican second-league club Dorados de Sinaloa, has lost the Apertura Championship final and missed out on their promotion.

Maradona had to watch the match from the stands after being sent to the stands by the referee in the first leg after an outburst of rage over a supposedly due penalty.

In Culiacan Maradona makes another attempt as a coach. Among the previous stations of the vice world champion of 1990 was also the post of the Argentine national coach. Prior to his engagement in Mexico, Maradona had most recently worked as a coach in the United Arab Emirates.