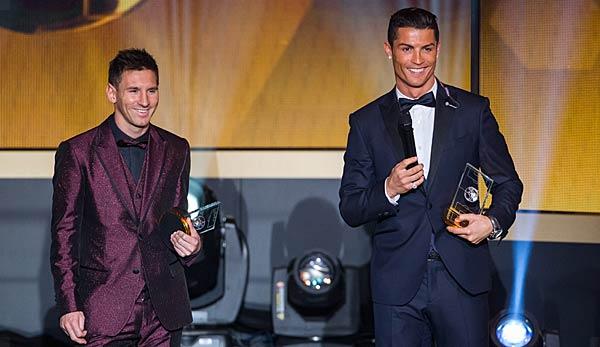 The Ballon d’Or in Paris will be awarded this Monday at 9 pm. You can follow the presentation of the most coveted football award in SPOX’s LIVE TICKER.

This article is continuously updated. From 21 o’clock live ticketing will take place here.

Before the start: According to Sky Italia, Cristiano Ronaldo will not be attending today’s event.

The French football magazine France Football organises the Ballon d’Or awards ceremony. In addition to this award, the Ballon d’Or feminin and the Kopa trophy for the best professional under the age of 21 will be presented for the first time this year.

173 specialist journalists from 173 countries select five players from a shortlist determined by the France Football editorial team. The players select the jurors according to the following criteria:

The favorite of the juror gets five points. The other four get four, three, two and one point. If there is a tie, the number of entries decides first, then second, third, etc. If the players are still on the same level, an extra voting round decides.

A look at the shortlist is a disappointment for the Bundesliga and all German players. Neither a German nor a professional from the Bundesliga made it into the top 30.

You can find out which players are among the 30 best here.