International: Interview with Donis Avdijaj: “I’ve repeatedly put my foot in my mouth” 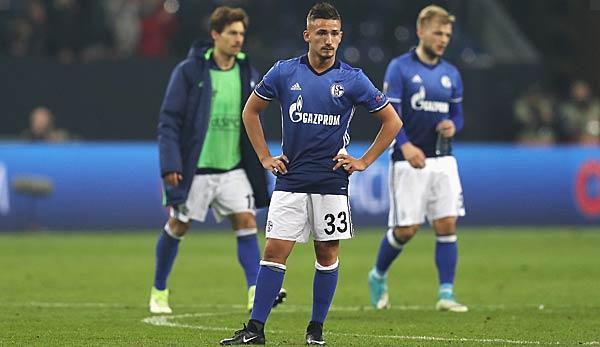 Donis Avdijaj polarizes. During his time at FC Schalke 04 there were plenty of discussions in the German media about the former top talent. In the meantime Avdijaj plays for Willem II in the Dutch Eredivise, again making headlines there with good performances. Goal and SPOX met the 22-year-old in the tranquil Koning Willem II Stadium for a detailed interview.

Avdijaj spoke about his mistakes, the interest of numerous top clubs, the background noise in the media and his image.

SPOX/Goal: Donis, what does family mean to you?

Donis Avdijaj: The family is the most important support in my life and therefore very important to me. I’ve been on a huge roller coaster ride in my career, but I know I can always rely on my family.

SPOX/Goal: Her mother fled the Kosovo War in 1992 and came to Germany via the Netherlands. You and your four siblings grew up in Osnabrück. What memories do you have of your childhood?

Avdijaj: Our parents tried to offer us something out of nowhere and they succeeded. Institutions such as Caritas have also been very supportive and provided us with used clothes, for example. Although it was already a highlight for me when I was allowed to share a Chickenburger with my siblings, I had a beautiful childhood which I remember with pleasure.

SPOX/Goal: Your little brother Qerim is currently playing football in the upper league, your big brother Donat was a very successful amateur boxer. Where does the enthusiasm for sports in the Avdijaj family come from?

Avdijaj: I once asked my father where we got these athlete genes from, but he only said that my grandfather was an enthusiastic television athlete. (laughs)

SPOX/Goal: Unlike your big brother, you chose football. Why didn’t you become a fighter?

Avdijaj: My mother enrolled me in a football club because as a child I had a lot of power and drove the whole family crazy. Actually, the coach said that the team was already full and that I should go. My mother then persuaded him so that I could at least stay for the trial training. When I scored twenty goals in my first game, all doubts were removed and I was allowed to stay. (laughs)

SPOX/Goal: Looking back, your mother’s decision seems to have paid off. Especially in the current season things are going very well for you personally. With Willem II, you have seven goals and six templates in 16 missions so far.

Avdijaj: Of course I could have done many things differently in the past, but at the moment things are really going very well and I feel comfortable in the Netherlands. The most important thing for me is that people don’t judge me in advance and that I can regularly show what I have on the court. If I play Eredivisie week after week, the rest will come by itself.

SPOX/Goal: The picture published a story about you at the end of October under the line “From Scandal Kicker to Model Professional”. What do you think of such formulations?

Avdijaj: There have been many reports about me in the past and I know that I made many mistakes. After minor missteps I quickly had a bad reputation in public and was partly misrepresented. But I try to hide these things and still show myself from my best side. The fact is that my focus today is only on football.

SPOX/Goal: To what extent have you changed compared to your first professional years?

Avdijaj: Today, football has top priority in my life. Even off the pitch I try to pay more attention to my body. For example, I have changed my diet and go to massage much more often. When I’m tired, I go to bed early and don’t move into town with friends or watch series until two in the morning. At first glance these are small things, but I have noticed that this way of life is extremely helpful for me. Still, it would be a lie if I said I’m not going out and hiding now.

Avdijaj: Here, too, the point is to concentrate primarily on football. For example, if my friends want to have pizza in the evening, but I’m tired and have to train the next morning, then I cancel. It is important that my friends understand me and show consideration in certain situations.

SPOX/Goal: The changes seem to be paying off. Already after your first home game for Willem II you were celebrated with speaking choirs. What does this appreciation of the fans mean to you?

Avdijaj: For me it is important that I find clubs with whose supporters I can identify myself. Being celebrated with chanting after my first game for Willem II was something very special for me. Especially when you consider that as a new player you first have to show yourself and prove yourself. This affection motivates me. I know that people expect me to do this every week and I don’t want to disappoint them.

SPOX/Goal: A huge poster of you hangs at the stadium entrance.

Avdijaj: It is a great honour. But also at my previous stations I had a very good relationship with the fans and the club. Although I was only a loan player, the fans in Kerkrade and Graz celebrated me and I was allowed to come with the megaphone to them in the curve. This love is already very important to me. But even more important is not to take off and remain a normal boy. Just because I’m a professional soccer player and train seven times a week doesn’t make me special.

SPOX/Goal: Nevertheless, as a footballer you are in the public eye. You have already noticed this when you scored 44 goals in 25 games for the U17 in the 2012/13 season. How did you experience this time?

Avdijaj: At that time I thought this hype was no problem for me. However, I had to find out very quickly that every little mistake is badly punished. With every mistake I made, the burden I had to carry around with me as a teenager grew. At some point, the coverage of me took a path that I had never expected. But no matter what happened, the things I experienced shaped me and made me mature as a human being.

SPOX/Goal: You were praised at that time by the Schalker responsible persons and equipped punctually to your 18th birthday with a professional contract. What has this hype done to you?

Avdijaj: At that time everyone suddenly wanted to be my friend. Everyone wanted to tell me what was best for me. I didn’t have a consultant at the time and didn’t know exactly how to deal with the hustle and bustle. In my youth, I scored more than 20 goals each season, scored 13 times in the junior national team in 13 matches and thought it would be a success even for the pros. When I was 15 or 16 years old, I couldn’t really classify this pat on the back, especially since the big clubs were already coming up to me and offering me millions. Not going crazy at a time like this is a lot harder than going crazy.

SPOX/Goal: Which clubs were those back then?

Avdijaj: Before signing Schalke, I had offers from Juventus, Arsenal, Manchester United and Liverpool, among others. No matter what game or tournament, scouts were always there to watch me.

Page 1: Donis Avdijaj on his early days and the interest of numerous top clubs

Page 2: Donis Avdijaj on negative media coverage and his future