International: Gareth Bale on Puskas Award: “Value has been reduced by Salah Gate” 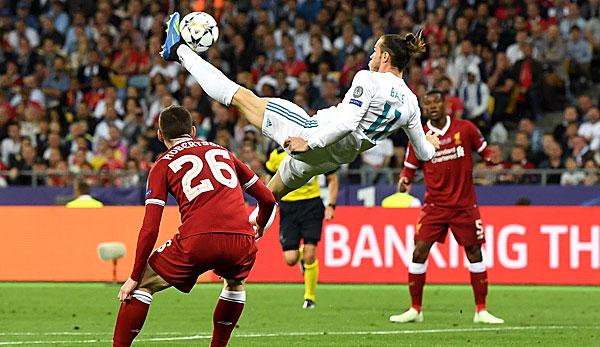 Gareth Bale was surprised after the Puskas Award for the best goal of the year. The Welsh believes that his kickback in the Champions League final against Liverpool should have won the prize.

Instead, Liverpool’s Mohamed Salah was awarded for his goal in the derby against Everton.

“To be honest: I was surprised. […] The value of the award has diminished to some extent, although of course it was a great goal from Salah,” Bale told FourFourTwo magazine.

The Real Madrid striker scored spectacularly in the Champions League final against FC Liverpool. In the 63rd minute, he shot the 2-1 for the royals with a bicycle kick. It was his best and most beautiful goal in his career, Bale confirmed: “I hit the ball perfectly.”

However, he did not win the FIFA Goal of the Year award: Fans voted for Mohamed Salah’s goal in the Merseyside derby against Everton.

The FIFA Puskas Award has been presented annually since 2009 and honours the most beautiful and aesthetic goal of the year. FIFA will make a pre-selection of ten goals for which fans can vote on the FIFA website.