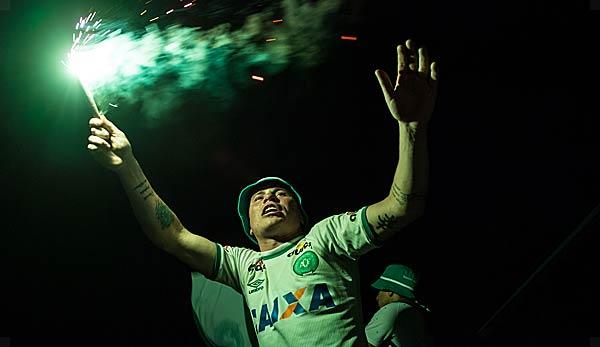 The Associacao Chapecoense de Futebol, who made the headlines worldwide two years ago as a result of an airplane tragedy, managed to maintain their class by beating FC Sao Paulo 1-0 (0-0) at the final matchday of the Brazilian Football League on Sunday.

In the end, Chapeco’s first division side maintained their two point lead on the four relegation tiers and even finished 14th in the 20-man league. On Wednesday, the crash of the LaMia machine, which killed 71 of the 77 inmates on 28 November 2016, just outside the Colombian city of Medellin, had taken place for the second time.

Among the victims was also almost the entire “Chape” delegation, which was on its way with the charter plane to the Copa-Sudamericana final against Atletico Nacional. Only the players Alan Ruschel, Helio Neto and Jackson Follmann were pulled out of the wreckage alive along with a journalist and two crew members.

Brazil’s Serie A record holders SE Palmeiras from Sao Paulo had already secured the title a week ago for the tenth time in the club’s history. Parana Clube (Curitiba) and EC Vitoria (Salvador), who have already been relegated, were joined on Sunday by America FC (Belo Horizonte) and Sport Recife.