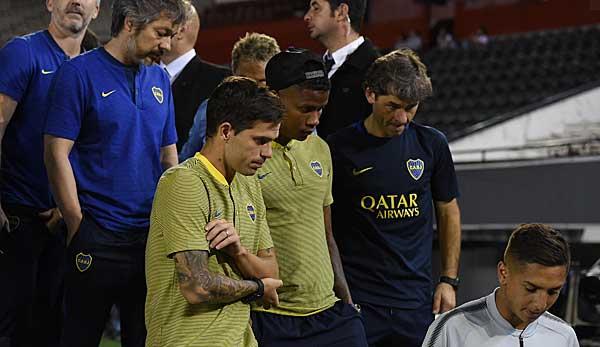 The Boca Juniors have filed a complaint against their city rivals River Plate at the International Court of Sport (CAS) before the final return match in the Copa Libertadores on Sunday (20.30 live on DAZN) in Madrid for a nonfighting evaluation of the final for the most important club title in South American football in their favour.

In spite of the appeal to the last sporting authority, the Boca Juniors want to play in the decisive match (first leg: 2:2) in Spain’s capital.

The club had failed on Thursday with the same complaint before the disciplinary commission of the continental association CONMEBOL.

Boca sees himself as the cause for the twofold cancellation of the meeting between the two local rivals on the last weekend of November in Buenos Aires because of the riots by River Plate supporters with his demand in law. With the involvement of the CAS, the final will have legal repercussions in the event of a defeat of the Boca Juniors.

Boca’s lead refer to a similar case in 2015, when the River Plate delegation was sprayed with tear gas by Boca fans in the Bombonera Stadium’s tunnel after the half and the game was abandoned. The CONMEBOL then scored the game for River Plate.