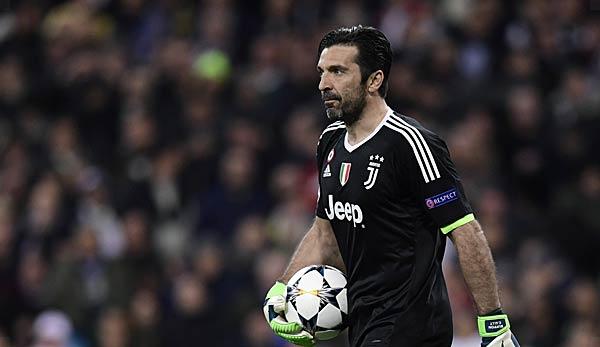 Oliver Kahn has advised Gianluigi Buffon to end his career. The former goalkeeper of FC Bayern Munich has warned his former Juventus team-mate not to hold on to football for too long.

“He could have spared himself a lot, the World Cup exit with Italy or the events in Madrid on Wednesday, for example, if he hadn’t been so driven by ever new records and also by the dream of necessarily winning the Champions League,” Kahn told the photographer.

Eight years older Kahn advised Buffon: “If you can’t make the jump in time, it’ll really hurt at some point.” In the quarter-final defeat against Real Madrid on Wednesday, Buffon went out on the referee, who had then put the goalkeeper off the pitch.

Kahn recalled: “It was quite clear to me at the 2006 World Cup match for third place that that was it with the national team. And in 2008 I could have spent another two or three years on it. But for what?”

Buffon’s contract expires at the end of the season. So far, no final decision has been made as to whether the 40-year-old will go on for another year or hang up his shoes. “He was world champion, he was world goalkeeper. Those are the things that count,” Kahn said.

Series A: Transfer rumour: Only Juventus and Bavaria fight for Emre Can
Champions League: Del Piero on Buffon: “Couldn’t believe what I heard”