Seria A: Perez on the burst Totti change: “He said he could not leave Rome” 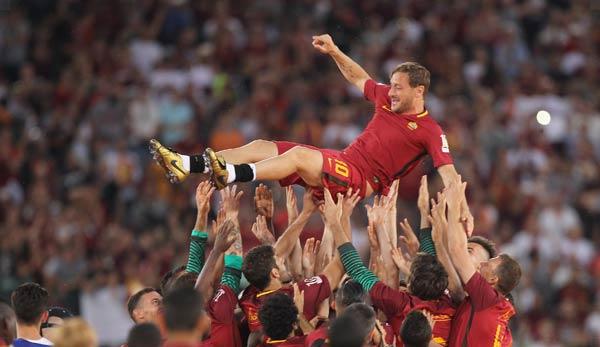 Real Madrid’s President Florentino Perez confirmed that he wanted to pilot captain Francesco Totti from AS Rome to the Spanish capital in 2006. The change failed, however, because the striker did not want to turn his back on Giallorossi.

“Before I took office in 2006, I called him and asked if he wanted to come to us,” Perez revealed in an interview with Gazzetta dello Sport. “But he told me he couldn’t leave Rome.”

Totti was long regarded as one of the best goal scorers ever. He won the 2006 World Championship in Germany with Italy. “Totti is one of the legends everyone wanted on the team,” enthused Perez.

Totti spent his entire career with the Roma and played 785 games for the Giallorossi before finally giving up his shoes in 2017.

The captain, who has been with the Champions League quarter-finalist for many years, is currently working as a manager and is assisting Sports Director Monchi.

Seria A: Consultant: Gianluigi Buffon was about to join FC Barcelona
Seria A: Juventus probably interested in the return of Chelsea’s Alvaro Morata