Seria A: Consultant: Gianluigi Buffon was about to join FC Barcelona 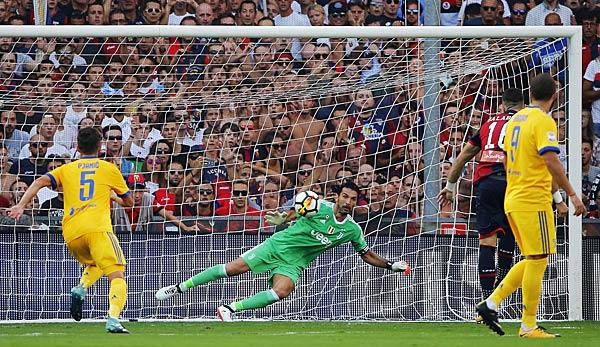 Gianluigi Buffon almost moved from Parma to Barcelona in the summer of 2001. Instead, the now 40-year-old goalkeeper decided to transfer to Juventus Turin.

“Barcelona had already signed him, they had reached an agreement with Parma,” his long-standing advisor Silvano Martina told the Spanish daily AS.

In 2005 Barcelona’s rival Real Madrid was interested in a commitment from Buffon. “We had a meeting with a confidante of Florentino Perez,” said Martina. However, there were no real negotiations.

Buffon has played 649 games for Juventus and scored 307 times. In the return match against Real Madrid (8.45 pm at LIVETICKER) he will play his 650th match in the Bianconeri jersey.

Champions League: After a sensational victory: Roma president jumps into a fountain
Seria A: Perez on the burst Totti change: “He said he could not leave Rome”