Champions League: After a sensational victory: Roma president jumps into a fountain 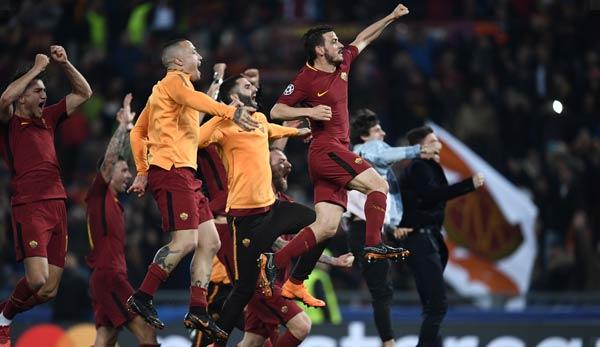 Association President James Pallotta of AS Rome jumped into the Champions League semi-finals in the central Piazza del Popolo, the “Fountain of the Lions”, late on Tuesday evening. After a sensational 3-0 win over FC Barcelona, the Italian capital was in a festive mood.

Pallotta mingled with the fans and plunged backwards into the water, dressed in an open shirt and trousers. The cheering of the surrounding supporters knew no bounds.

For Pallotta, however, the jump has consequences: Codacon’s consumer protection association reported him for illicit swimming in public wells and called on the city administration to punish him with a fine of 500 euros. “Pallotta’s gesture is ill-considered and a negative example for millions of young football fans to be educated in respect for monuments,” Codacons wrote.

The American Pallotta, who also owns shares in Boston Celtics, flew in from Boston just before the game. After a 4-1 first leg defeat, the Roma had previously won the return leg of the Champions League quarter-final against FC Barcelona 3-0. For the first time since 1991, the club is back in a European semi-final (then in the UEFA Cup).

Champions League: Del Piero on Buffon: “Couldn’t believe what I heard”
Seria A: Consultant: Gianluigi Buffon was about to join FC Barcelona