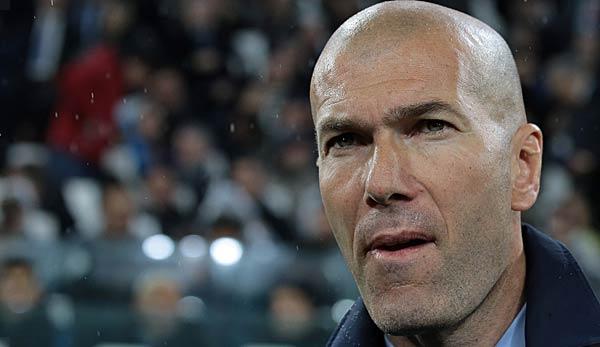 Real Madrid coach Zinedine Zidane has already been the talk of the town a month before Clasico meet FC Barcelona. The Frenchman explained that one would not stand for Barca Spalier if the Catalans were already champions at that time.

The “pasillo”, translated corridor, is an old tradition in the Spanish league. This is always allocated to the team that has already been determined as the champions.

Zidane: “I don’t understand about the pasillo and we won’t do it.” Barca also broke with tradition first,” said the 45-year-old.

He wanted to play at the last Clasico on 23 September 2017, when Barcelona refused to take the line after Real Madrid had won the club’s World Cup. The reason given at the time was that they had not taken part in the tournament themselves.

Responding to the refusal of the Madrileneans, Barca defender Gerard Pique appeared ironic. “That’s why I won’t be able to sleep all night,” said the 31-year-old.

Meanwhile, Real’s captain Sergio Ramos tried to exert diplomatic influence: “This has nothing to do with a lack of respect. The important thing is that if we don’t stand guarded, it doesn’t mean we have no respect for Barça.”

The defender assumes that the arch-rival from Catalonia doesn’t care whether Real Spalier stands or not: “If the coach has decided that way, then it will be done that way”.