Primera Division: Ousmane Dembele: “Everyone would like to be in my situation” 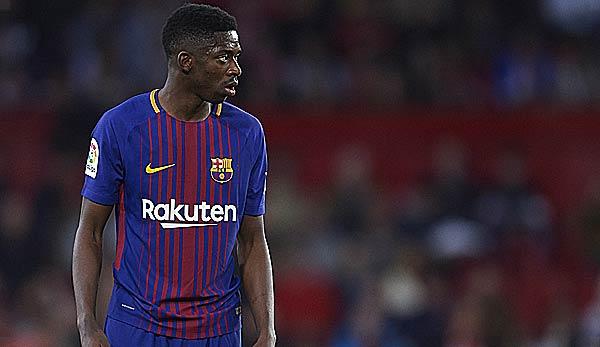 Ousmane Dembele of FC Barcelona revealed in an interview with UEFA that despite his high expectations after his 115 million euro move from Borussia Dortmund to Spain, he “feels no pressure” and concentrates only on football.

After forcing his move to the Catalans in the summer of 2017, the Frenchman faced much criticism. “Everyone would like to be in my situation. No one would say’no’ to FC Barcelona,” the winger defended himself. In addition, after the severe thigh injury in the initial phase of the season, his state of fitness was questioned.

Dembele has been back on the pitch regularly since January, but his performance has not been completely convincing so far. The 20-year-old scored four scorer points in nine league matches in 2018.

Dembele, who signed a contract with Blaugrana until 2022, is in ever better harmony with superstar Lionel Messi. “It’s great to play in a team with Messi,” Dembele says. “It is an honor for me to share the cabin with such players.”