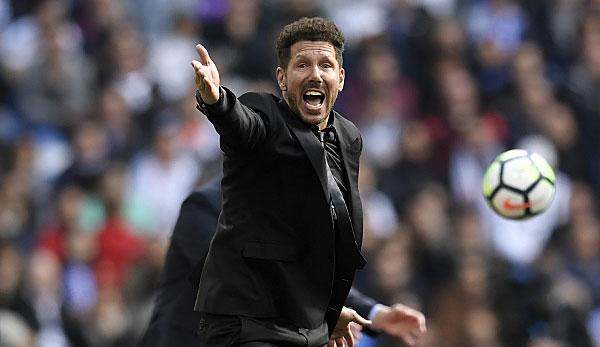 Atletico Madrid coach Diego Simeone has confirmed that he will remain with the Rojiblancos beyond the summer. There had recently been speculation that the Argentinean would not fulfil his contract, which runs until 2020.

“My future? I’ll stay,” said Simeone after the 1-1 derby against Real Madrid. Atletico is “a large association” that is still growing.

Simeone, who has been associated with Inter Milan and, most recently, Chelsea FC, said: “I am very proud of the level at which the club has played for the last 10 years as we have competed and continue to compete against two major powers such as Real and Barcelona”.

In the Champions League, Simeone failed with Atletico in the preliminary round and the championship, eleven points behind Barcelona, is unlikely to be won. Nevertheless, they finished second in the Primera Division and have the best chances of reaching the European league semi-finals after their 2-0 first-playing win over Sporting Lisbon.