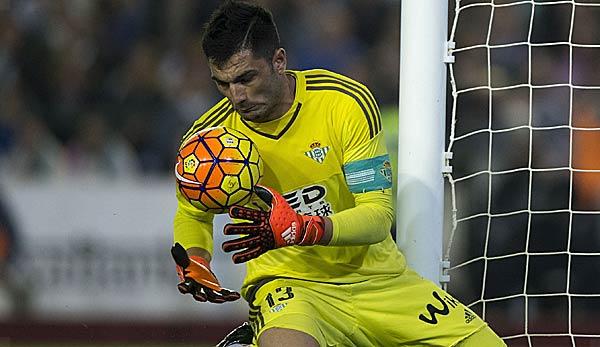 This was reported by AS. Accordingly, Adan is to replace Jasper Cillessen, who is willing to leave the company, as the number two behind regular keeper Marc-Andre ter Stegen.

Since the contract is only valid for the coming season, this could be Real Betis’ last chance to generate a redemption fee.

Espanyol goalkeeper Pau Lopez, whose contract expired at the end of last season, is again being traded as a replacement for Adan. West Hams Adrian is also associated with Betis.

Adan moved from Cagliari to Betis in 2014 and since then has played a total of 165 games for the Green-Whites, in which he has kept his clean record 54 times.