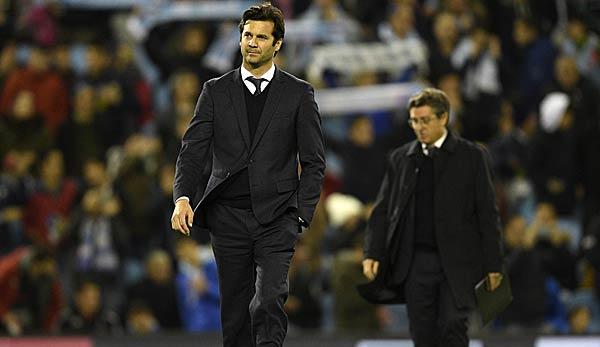 Coach Santiago Solari has signed a contract with Real Madrid until 30 June 2021. This was announced on Tuesday evening by the Spanish soccer record champion, with whom national player Toni Kroos also plays.

After the separation from Julen Lopetegui on 29 October, the Argentinian Solari had initially taken over Lopetegui as an interim solution for the royals. In the Primera Division, Real are sixth in the standings, four points behind rivals FC Barcelona.

Solari had won the first four games (15:2 goals) and thus had the best coach start in the club’s history. Previously, the former Real player and former coach Zinedine Zidane had coached the Madrilenians’ second team. Solari played in the Spanish capital from 2000 to 2005, winning the championship twice and winning the 2002 Champions League alongside Zidane, Raul, Iker Casillas and Luis Figo.

Already on Monday, the Spanish association FFF of the news agency AFP had confirmed that Solari would become a permanent solution in Madrid. The royals had only 14 days to let Solari work as an interim solution after the separation from Lopetegui. On Tuesday the board of directors of the association approved the contract.

Lopetegui was sacked after the Madrilenians’ 5-1 defeat at the Clasico in Barcelona. Previously, there had been four bankruptcies in five La Liga matches under the former Spanish national coach.