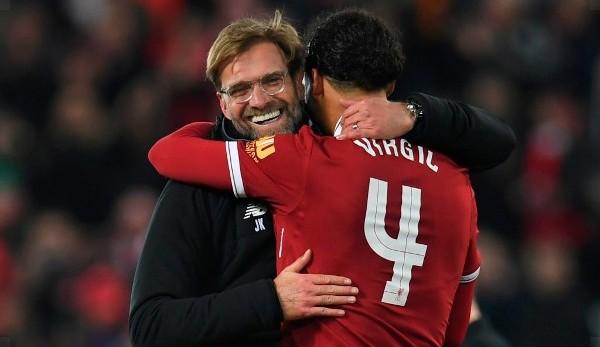 Virgil van Dijk of FC Liverpool has praised his coach Jürgen Klopp. Together they will try to defend a 3-0 lead against Manchester City in the quarter-final return leg of the Champions League.

“He’s the perfect coach. He’s a fantastic team manager, player manager and everyone here works very hard together,” said van Dijk at the press conference before the second leg. The Dutchman has been playing under Klopp since January.

This short time was enough to praise him: “You all don’t see the hard work behind the stage. He has already shown that he is an outstanding coach.”

Van Dijk commented: “Of course, his interaction with the fans is more in people’s minds because that’s what they see over and over again. But Klopp is much more than that.”

In the first leg of the CL quarter-final against Manchester City, Klopp’s plan worked out, with the Reds winning 3-0, Liverpool’s new goal: “We’re going about the game as if it’s still 0-0. We want to win the game, that remains our clear goal.”