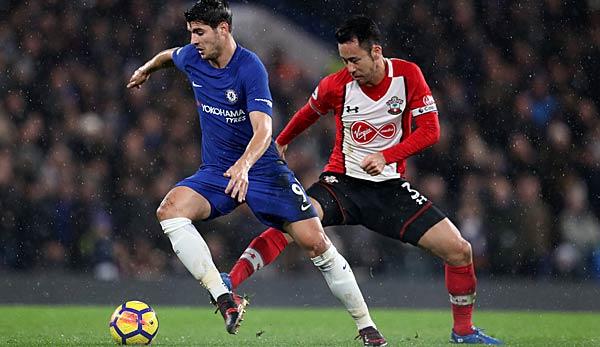 On Saturday (1.30 pm live on DAZN and at LIVETICKER) FC Chelsea will perform at St. Mary’s Stadium in Southampton. SPOX shows you where you can watch the game live and gives you the latest information before the game.

Chelsea need a win against Southampton FC on Saturday, otherwise the Blues can almost write off their participation in the Champions League next season.

However, the situation is even more explosive for the home team. The Saints are currently in 18th place in the standings and can use every point in the fight against relegation all too well.

DAZN is a streaming provider that shows all Serie A, Ligue 1 and Primera Division matches in addition to the Premier League. In addition, you can see the highlights of the Bundesliga at DAZN just 40 minutes after the end of the match. The first month is even free, thereafter the entire offer costs 9.99 euro monthly.

Southampton won only one of their nine Premier League matches against Chelsea in their own stadium.