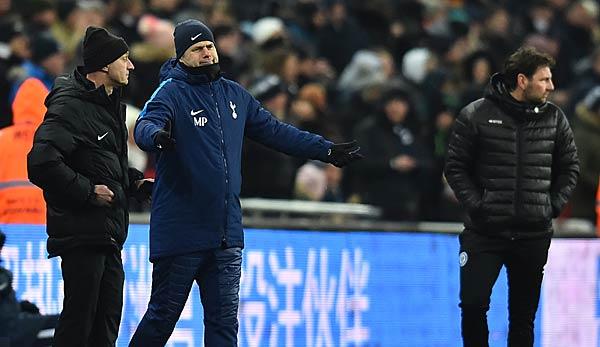 Tottenham coach Mauricio Pochettino has expressed grave doubts about the video evidence in the FA Cup’s 6-1 win over AFC Rochdale.

“The fans are not happy with what they have seen,” said Pochettino after the canter victory. Referee Paul Tierney had interrupted the game several times to take advantage of the video evidence.

In the sixth minute, a goal from Erik Lamela was taken back, and in the 25th minute a goal was taken back. After a break for several minutes, the Spurs were awarded a penalty kick in the ninth minute. In the 28. The first half was embarrassing for everyone involved,”said Pochettino.

Everyone who has seen the game will agree with me that the launch next season would be too early,”said Pochettino,” I don’t think video proof will help us.”

Pochettino fears that if the video footage were to remain in front of the TV,”If I’m not allowed to scream, if we scored a goal, but have to wait two minutes, I can’t live out those emotions.”