Premier League: Mauricio Pochettino on Dele Alli: “At his age he’s the best” 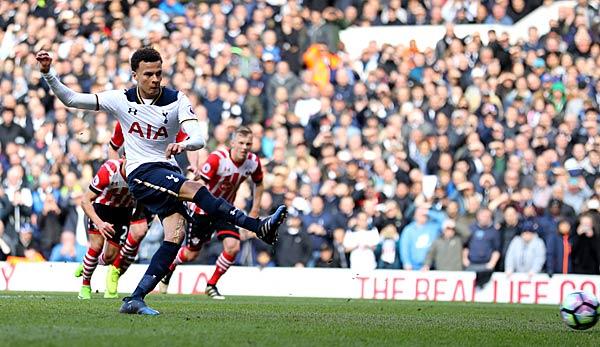 According to his coach Mauricio Pochettino, Dele Alli is the best of his age. Since his move to the Spurs, he has continued to develop.

Tottenham coach Mauricio Pochettino ennobles his midfielder Dele Alli as “the best of his age”, “I think he is the best when you compare Dele Alli with all the other players in the world at 21 years of age,” he told English newspapers.

So the Argentinean can’t understand why Alli is often criticized on the island:”In his age, in his form, with all the assists, you absolutely don’t understand why you still have to criticize him. Tell me a player his age who’s better. You may find someone of equal value, but by no means someone better. Maybe I’m not objective because he’s my player, but to me he’s great.”

Alli’s development also impresses his coach:”Of course we expect more from him! But from his debut to the present day, he has developed into one of the best in the world,” Pochettino praised the 22-time international.

He added:”Perhaps it is not important to you what I say. But I promise you, I’m the biggest critic of my players. “And I also say it’s damn hard to criticize Dele.”

Alli is playing a strong season again, scoring six goals and ten assists in 29 Premier League appearances. He won the award for the best young player of the English elite league in the last two seasons.

Premier League: After criticism by Jose Mourinho: Frank De Boer strikes back
Premier League: Denmark coach: “Eriksen would be a star at Real or Barca”