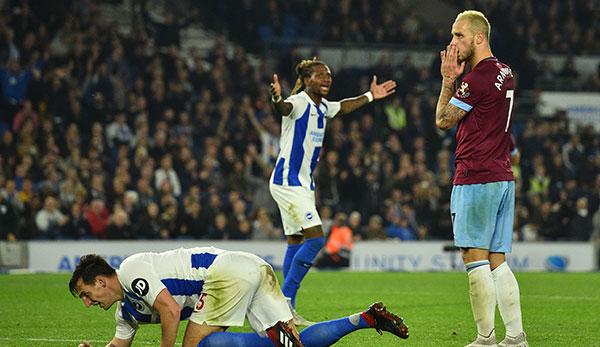 Marko Arnautovic has covered on average the third few metres per match in the current season of the English Premier League. At 9.2 kilometers per 90 minutes, the 29-year-old is just ahead of Anthony Martial (Manchester United, 9 kilometers) and Bruno Ecuele Manga (Cardiff City, 8.9 kilometers).

The figures come from the data provider Opta, the Guardian drew after twelve match days a first statistical balance of the English highest league.

In general, however, Arnautovic plays with West Ham in a team that seems to be less enthusiastic about running. Of all 20 teams in the Premier League, the Hammers are the penultimate with 1,283 kilometres. Arsenal leads this category with 1,376 kilometres.

Arnautovic played eleven games for West Ham in the current season, in which he netted five times and scored an assistant. This makes the ÖFB national player the top scorer in the team of coach Manuel Pellegrini.