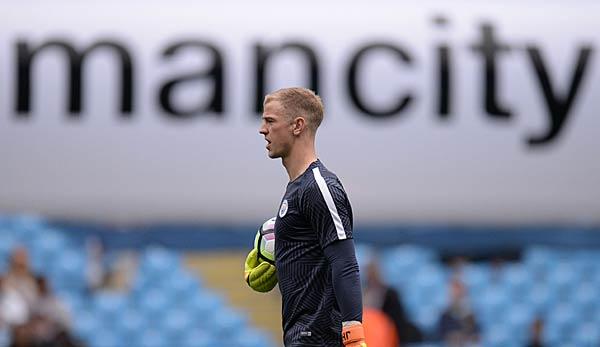 Joe Hart complains about the lack of opportunities at Manchester City under Pep Guardiola.The goalkeeper is on loan for the second time and is currently in the gate at West Ham United.

“It would be a lie to say that I didn’t want to spend my whole career at ManCity, I would have liked to play for them until the end and not somewhere else,”says Hart in The Offside Rule.The current Keeper of the Hammers came to ManCity in 2006 and was only sold by Guardiola in 2016.

The Catalan saw no room for Hart:”Why he did this or what his intentions were is not really important to me.It makes no difference to me and my life,”says the 30-year-old.He says,”We all want a fair chance, but it doesn’t always work that way.”

Hart realized over time that there would be “no fair fight” under Guardiola for the number one spot:”If I lose, I shake my opponent’s hand and go.” The keeper explains:”I had a choice of being number three or four or going to Turin.”

I would have preferred to be sold rather than lent out again, but too much money was called out for me.I am very grateful to West Ham for giving me these opportunities.”