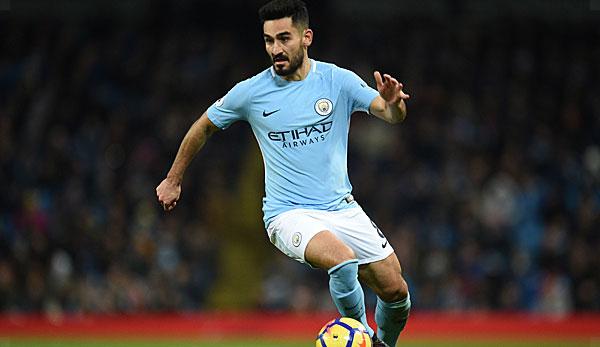 Manchester City’s lead in the Premier League is now eleven points. Pep Guardiola’s team is the star of the championship and has not lost a single league game this season. Midfield star Ilkay Gündogan warns of convenience in the face of the many praises that are currently banging into the Citizens.

“We haven’t won anything yet,”Gündogan made it clear before the trip to Swansea City on Wednesday:”It’s not even halfway through the season. There are still many games to play and many points to be distributed. Now we’re just enjoying the moment. And we probably enjoy it more than 19 other teams in the league. That feels good.”

After 14 consecutive victories, a new record in the Premier League, Gündogan and Co. with confidence.

The German national player explained:”We know that we are on the right track and have played well in all competitions throughout the season. Not just in the league. So we have confidence in our strength for the coming weeks, months and games. No more and no less.”

Citi’s dominance is all the more remarkable when you consider that Captain Vincent Kompany and his companions, John Stones and Benjamin Mendy, are major defenders. According to Gündogan, City compensates for this with a broad squad and Pep Guardiola’s philosophy.

“We have so many talented players of great quality here, that’s just incredible,”says the ex-Dortmund:”We can swap one, two, three or four players and nobody notices someone is missing”.