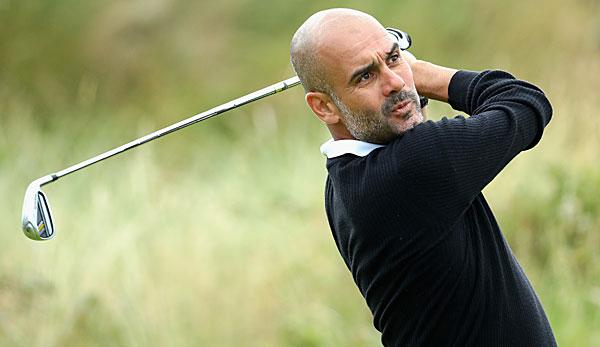 Manchester City coach Pep Guardiola could miss the moment of winning the Premier League title with a game of golf. This was revealed by the Catalan after the sovereign 3:1 victory of his Skyblues against the Tottenham Hotspur on Saturday evening.

“No, I have a golf game,” Guardiola said to Sky Sports when asked if he would watch the duel between Manchester United and West Brom (5pm on LIVETICKER and LIVE on DAZN) and said, “I have three days off and on Sunday I play golf with my son and friends.

Should United lose to the bottom of the league or next Wednesday in Bournemouth, the Premier League championship will be mathematically impossible for City.

The Guardiola team can perfect the championship next Sunday in their home match against Swansea on their own. After triumphing in the Carabao Cup, this would be the second title of the current season.