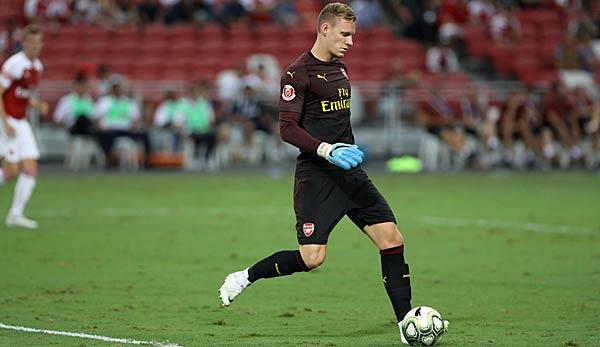 The biggest change at Arsenal was probably in the coaching position during the summer break. After 22 years Arsene Wenger left the club and was replaced by Unai Emery. But the club has also become active on the player market. SPOX gives an overview of the entries and exits at FC Arsenal.

So far, Arsenal FC has spent 79 million euros in this transfer window, but so far has only raised six million euros.

Even though Alex Torreira is the most expensive newcomer to the Gunners with 30 million Euros, he is more of a transfer of perspective, which has yet to adapt to the English league. However, he already showed at the World Cup with the Uruguayan team that he can also convince at a high level.

His strengths are above all his understanding of the game and his feeling for the ball. These abilities could make him a real king transfer if his slim build and low speed do not become a problem.

Bernd Leno’s move to SSC Naples seemed a foregone conclusion at the end of last season, but the German came to Arsenal. There he now faces a fight with Petr Cech for the position of goalkeeper.

Although the former world goalkeeper failed more often last season, Leno is not the number 1 at first, but rather he should build up pressure on the Czech, but also learn from the experienced goalkeeper.

The Gunners’ defence last season often seemed shaky and uncoordinated, so they scored many avoidable goals. This is to change with Sokratis. The new team from Dortmund is to act as the new head of defense and give the defensive stability.

He has already played this role successfully in Dortmund in recent years, where he showed that he can also lead a team and set a positive example.

Like Torreira, 19-year-old Guendouzi was also planned as a transfer of perspective for the Gunners, after all he played in the second French league last season. However, he was so convincing in the preparation that he went straight to the starting line against Manchester City on the first day of the match.

New coach Unai Emery’s dream player disappointed in the game and will probably not yet be a regular this season, but the young Frenchman has a great future ahead of him.

Arsenal FC did not have to cope with really serious retirements this summer. No player who left the club had regular bets in the starting line this season. With Per Mertesacker and Jack Wilshere, however, two long-time Arsenal players and fan favorites left the club.