ÖFB-Team: Mourinho in Innsbruck – because of Arnautovic? 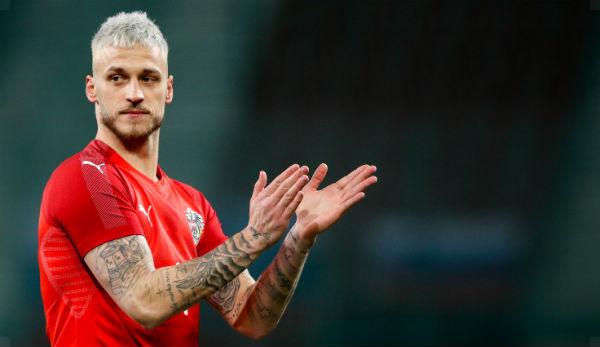 Manchester United coach Jose Mourinho watched the international match between Austria and Russia in Innsbruck on Wednesday evening. According to English media reports, his club should show serious interest in ÖFB star Marko Arnautovic. As a reason for his visit to Tyrol, Mourinho told the APA with a smile, however, that he was “on holiday”.

Mourinho did not want to comment on the speculations surrounding Arnautovic. The British media had already reported in the past few days that England’s record champion is said to be after the attacker from their league rival West Ham. According to information from Sky Sports, this interest is concrete. However, West Ham is to demand 50 million pounds (57.4 million euros) for the 29-year-old, the station reported on Wednesday.

Arnautovic moved from Stoke City to West Ham last summer for £25 million (then €28.5 million). There, the Viennese scored eleven Premier League goals in the past season and was voted Player of the Year at the “Hammers”. Arnautovic played his 70th international for Austria against the Russians. The England legionnaire started as solo head in the storm centre.