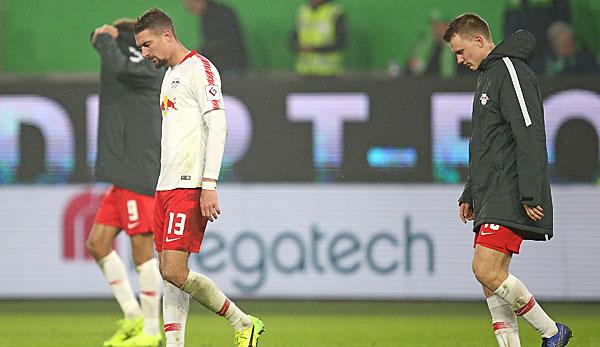 RB Leipzig is facing the end of the Europa League after the bankruptcy in Salzburg. Accordingly, the RB players are consternated after the game. Leverkusen, on the other hand, is not dissatisfied with the score.

SPOX has collected the votes for all matches with German participation in the Europa League.

Timo Werner (RB Leipzig): “We completely missed the first 20 minutes. In the second HZ it was up to 1:0 a competitive game. We put it all in and fought. It was clear who was going to score the first goal – that will set the trend. Everyone knows the constellation in the Europa League group. A victory would have been so important. Now, unfortunately, we no longer have it in our own hands.”

…about his middle finger gesture: “That was addressed to the goalkeeper. He also had to smile a little and take a deep breath. That was a little fun.”

Ralf Rangnick (coach RB Leipzig): “From the 20th minute on we were equal. Given the personnel situation, we played a good game. To win, we would have needed a very good game. We don’t stand with our backs to the wall. If we make it, we’ll be happy. If not, the world won’t end for us.”

Marco Rose (coach Red Bull Salzburg): “We are happy with the result and with the performance. I am very proud and glad to have experienced such an evening again. : In the second half we turned up the heat and in the phase we also scored the goal. The boys put a real thing on the floor. “

Hannes Wolf (Red Bull Salzburg): “Those who know us know that we never want to let up and also want to score in Celtic. If it helps Leipzig, it’s good too.”

Julian Baumgartlinger (Bayer Leverkusen): “At the moment we don’t have the big luck. But we had a good reaction after the 0:1 and got away with a black eye.”

Heiko Herrlich (coach Bayer Leverkusen): “We wanted to win the game, but we didn’t succeed. But we can live with the 1:1. One has noticed that due to the many changes the automatisms didn’t work that way. It took us too long today to take our offensive action. This allowed Ludogorets to sort himself well against us again and again. We couldn’t find a cure because everything was a little too slow.”