Europa League: That’s why Simeone is not in the EL final 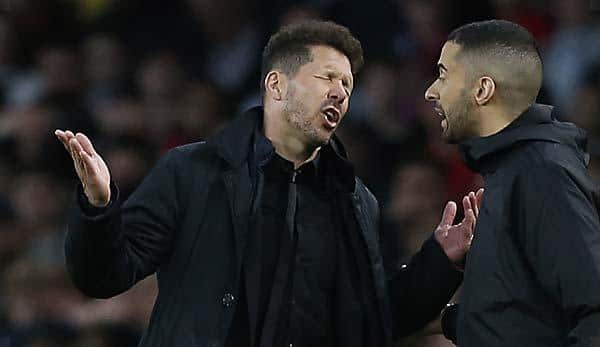 In the final of the Europa League Atletico Madrid have to give up their coach Diego Simeone (Wednesday, 20.45 at LIVETICKER). SPOX gives the reason for the trainer’s lock.

Simeone is suspended from the match against Olympique Marseille due to incidents in the European League semi-final against FC Arsenal. In addition to a ban, UEFA fined the coach.

At the match between Atletico Madrid and Arsenal, Diego Simeone repeatedly made fierce complaints on the sidelines and was sent to the stands by referee Clement Turpin. Turpin had knocked Atletico player Sime Vrsaljko off the pitch with a yellow-red after just ten minutes.

UEFA suspended Simeone from four European Cup games and fined him 10,000 euros for insulting referees. UEFA rejected an appeal from Atletico Madrid, so Simeone will miss his club in the final and two other European Cup matches.

As in the second leg of the European League semi-final against Arsenal, Simeone’s co-trainer German Burgos will be on the sidelines in the final. Burgos has been Simeone’s assistant coach at Racing Club and Catania Calcio.

“I’m sad I’m not on the line. But I have full confidence in German Burgos,” Simeone said at the pre-match press conference: “I’m sad because I can’t be as close as I’d like to be.”