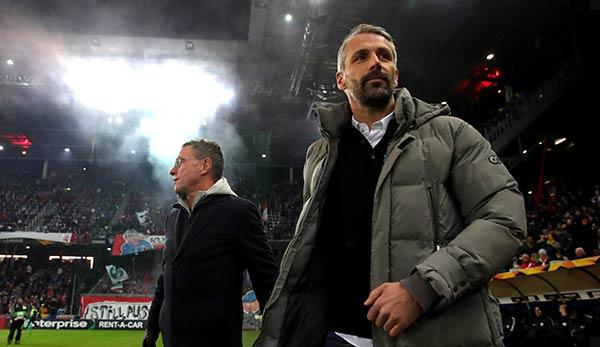 Salzburg coach Marco Rose has promised Red Bull colleagues from RB Leipzig that they will play for Celtic Glasgow in the last Europa League group game on 13 December. “We want to help RB Schützenhilfe”, Rose explained in an interview for the German radio programme “Sport im Osten”.

After their 1-0 win over Leipzig on Thursday – their fifth victory in the fifth Europa League season match – the Salzburg team have been determined group winners. The Germans, on the other hand, need a win against the spotless taillight Rosenborg Trondheim as well as a Celtic defeat to advance.

“If they play like in the five games so far, I don’t think it’s impossible for them to win in Glasgow,” said Leipzig’s coach and sports director Ralf Rangnick about the Salzburgers, for whom he himself worked as sports director until 2015.

Rose comes from Leipzig, he did not rule out a return for the future. “I can very well imagine returning to Leipzig at some point and training RB,” explained the 42-year-old. His partner of many years and his daughter live near Leipzig as do his parents.

In the coming season, however, Julian Nagelsmann will initially move to Leipzig as coach of the German Bundesliga competitor 1899 Hoffenheim. Negotiations with the Hoffenheimers about his successor, which were circulated in the media, once again negated Rose. His contract in Salzburg runs until the end of May 2020.